Darts is a game that began in pubs. As a casual pastime, pub dwellers would challenge one another to a friendly game that could easily turn competitive. However, unlike many other pub games, darts actually became recognized by government bodies as an official sport. Began in Britain, the rules of dart follows the British Darts Organization (BDO).

If you just started with darts and you want to make sure you’re learning the rules correctly, here’s what you need to know to play the beloved sport.

Use The Right Board

Before you can start playing darts, you should have the right kind of equipment. The traditional dartboard is the clock board (also known as the trebles board). This is a circular board with its triangles pointing inward toward the center.

The board should have 20 segments that are numbered. Those numbers should range from 1 to 20 and their placement should be random.

Your board should also have inner circles running within it. The circle at the center of the board is considered the outer bull, which is worth 25 points. Within the outer bull is a second circle, which is the inner bull and is worth 50 points.

There are two other rings on the board that are important for scoring purposes. The treble ring rests halfway to the edge and is worth 3x points. The last ring, the double ring, rests at the rim of the circle and is worth 2x points. (Note: the “x” represents the section number, i.e. 1-20.)

Like the board, you should ensure that you have the right kind of darts to play the game.

Folks who play darts can be extremely opinionated about the right type of dart. Suffice it to say, if you’re reading this article, you’re likely a beginner and just want the basics.

So here it is:

Your darts should be front-weighted and flighted (with fins). You’ll need three of them. They should also be a few inches in length and have a sharp point.

Placement of the Board

In order to be compliant with the rules of the dart, the placement of the board is important. It needs to be set at a height of five feet and eight inches above the ground.

When lining up for their shots, the players must stand behind a horizontal block that’s called the oche. That block should be one and a half inches high. For those who are playing casually, a mark on the floor will also suffice.

Rules: Which Version to Play

With the equipment in hand, you now have to choose what kind of dart game you wish to play. The two most popular versions are called 501 and 301. Of those two, most competitive players choose to play 501.

In 501, you start with 501 points. During your turn, you have three darts–and thus three chances–to score on the dartboard. Each target you hit has a number attributed to it. Those numbers are then deducted from your starting score of 501. In this game mode, the inner bull is worth 50 points and the outer bull is worth 25.

For 501, the goal is to reach zero. The first player that manages to do so wins the game. However, the real effort arises at the end of the game. The player must score exactly zero points. To do this, the player has to throw a dart into the outer or inner bull.

Should the player be unable to hit zero exactly, for example, if they score one or below zero, then their turn is over immediately. Their score then returns to what it was at the beginning of their turn.

This does not mean that the player has to use all three darts on their final turn. They could end up reaching a perfect zero with the first or second dart.

Another possible way to play darts is using a rule called splitting the 11. This rule can be used when a player’s score is 1. Instead of going bust, the player can throw a dart between the number 11 at the edge of the board. This is an incredibly tricky way to win instead of just trying for a perfect zero, but it can make the game more exciting.

301 is played in the same way as 501, except that you start out with 301 points. This is a better game mode for those who need a quick game of darts.

Alternative Dart Game: Around the Clock

Besides those two main versions, there are other dart games that you can play as well. One of those game modes is called Around the Clock. This is a great game for beginners or for those who are just looking for a fun game to play. It can also be used to help hone your skills.

During this game, the goal is to hit every segment from 1 to 20 and then the out and inner and bullseye. You have to hit them in the correct order. You begin with one and then move on to 2, 3, and continue until you have hit every numbered segment on the board.

You are not able to move onto the next number until you have successfully landed a dart on the current number. The first person who hits the bullseye at the end wins the game.

Like the other game versions, you’re allowed to have three darts during your turn.

Perhaps the best game for large groups that want a quick game is the mode known as Killer. While there are variations of this game as well, the traditional way to play is as follows.

First, an order of play is established. To determine that order, players throw a single dart with their bad hand at the board. Left-handed players would throw with their right hand and vice versa. Each player is also given five lives.

Each player hits their number until they score five points. The first one that does so is considered the killer, and they have to take out the other players. The others must hit the killer’s number to take them out first. The last one remaining is the winner and earns the small pot.

How to Play Darts (Video) 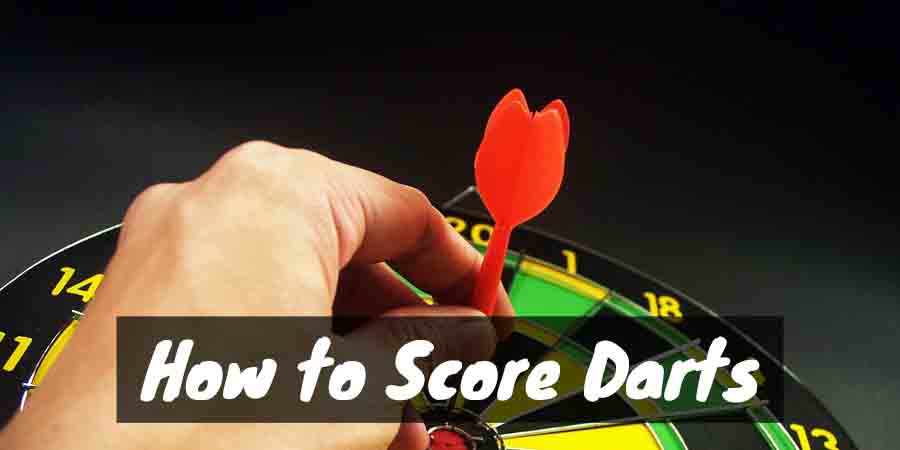 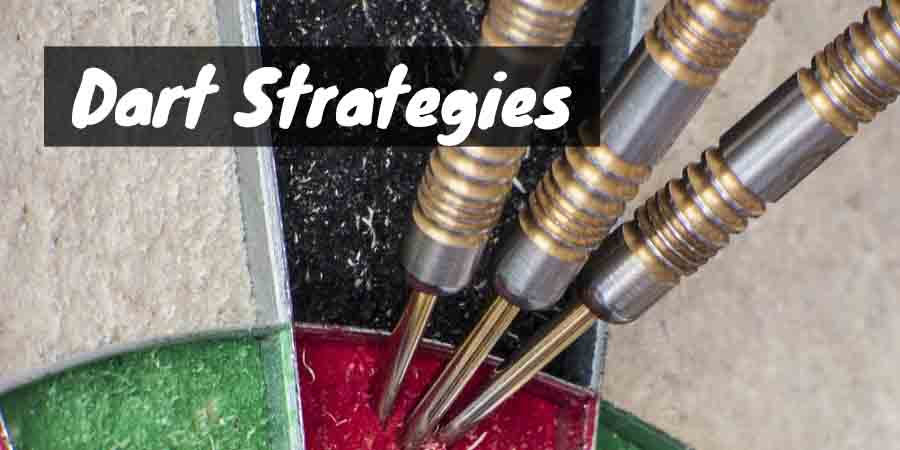